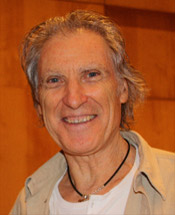 Originally from France, Michel is currently based in Hong Kong where he founded Yogasana, the very first Ashtanga Shala in Hong Kong in 2002, and was also one of the first to in Hong Kong to establish Yoga Teacher Trainings.

Prior to Hong Kong, Michel ran a successful Iyengar school “Noosa Yoga Centre” in Australia from 1987 to 1996 and from 1997 to 2000 he taught Ashtanga Vinyasa Yoga in Vienna, Austria. In the past two decades, Michel has taught yoga and conducted teacher trainings in different parts of the world including Asia, the United States, Austria, England, France and Australia.

Michel’s teaching philosophy is to provide students with clear and sensitive guidance, encouraging them to listen to the needs of the body without pushing or straining, thus making space for their own understanding. Ultimately, Michel encourages everyone to take the practice, but not themselves, seriously.

As a student, Michel has been immersed in the tradition of yoga with 30 years of study with world-renowned teachers. He began practicing yoga in 1978, and has been teaching since 1983. He started with Iyengar yoga and was a direct student of BKS Iyengar himself, having made regular trips to study under his teacher in Pune, India. He later discovered Ashtanga Vinyasa Yoga and studied directly under Sri K. Pattabhi Jois in Mysore, India on several extended trips to India. After 1993, Asthanga Vinyasa became his primary focus and he now teaches and practices this powerful, ancient system of yoga. Subsequently in 2002 Michel met Ramesh Balshekar an Avaida Vedanta Teacher from Mumbai and has been avidly his student since.

Along with yoga, Michel has an extensive background in bodywork and postural alignment. He is an advanced Reiki practitioner and a certified Advanced Postural Integrator certified by Psycho-Physical institute of San Francisco and holds a certificate from the Gestalt Institute of Melbourne Australia.

Truly a teacher’s teacher, Michel has trained instructors in 10 different countries and is accredited by IYTA (International Yoga Teacher Association) and Yoga Alliance at the 500-hour level trainer level (highest possible). Michel brings the depth of knowledge and years of experience into class that is so often lacking from modern yoga teacher trainers. 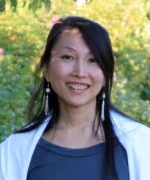 Born and raised in Hong Kong, Roslyn has a degree in business administration. Roslyn has been practicing yoga since 2000. She loves taking all sort of different activities and courses, like rock climbing, swimming, dancing, tennis, squash. Roslyn started doing yoga by herself through the book “KISS” (keep it simple stupid). Yoga is the best among the others.

Then, she took yoga training course from Sravaniya Di Pecoraro, and the journey of yoga teacher training begun. Not long after she met Michel, with whom she started daily practice and completed Ashtanga Teacher Training.

Yoga has been instrumental in guiding her personal growth, something Roslyn is constantly working on. Through taking workshops from international renowned teachers, she has enhanced her knowledge and practice in yoga.

Roslyn has interests in yoga philosophy, and she has studied with Carlos Pomeda to deepen her understanding of yoga. She is still exploring the fascinating yoga philosophy.

Roslyn is currently studying Ayurveda with enthusiasm, which enhances her yoga practice, as the health of the mind, body and spirit is the base to experience life with higher awareness.

Roslyn has been teaching classes since 2006 certified 200Hrs and 500 Hrs from Yoga alliance at various yoga studios. From 2008, she has been a personal assistant of Michel in all his workshops and Yoga Teacher Training around the world. 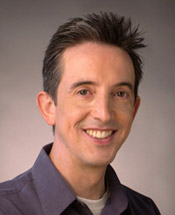 Originally from Madrid, Spain, Carlos Pomeda has 35 years of experience in the study, practice and teaching of the yoga traditions. He received formal, traditional training in yoga during almost 18 years as a monk of the Sarasvati order, 9 of which he spent in India, in the Siddha Yoga Ashram, studying and practicing under the guidance of Swami Muktananda and Gurumayi Chidvilasananda.

During this time he learned the various systems of Indian Philosophy, immersed himself in the practice of yoga and became one of the senior teaching monks of the tradition—teaching meditation and philosophy to tens of thousands of students around the world. He combines this experience and traditional training with an academic background that includes two Masters’ degrees: one in Sanskrit from UC Berkeley and another one, in Religious Studies, from UC Santa Barbara.

As a teacher, Carlos is known for his love of the Indian yoga traditions, his insight, his humor, his deep empathy with his audiences and his ability to convey the deepest scriptural teachings in a way that is clear, meaningful and applicable.

Carlos currently lives in Austin, Texas, and has recently created a set of 6 DVD’s titled “The Wisdom of Yoga,” a series of practical workshops on the history, philosophy and practices of the yoga tradition. 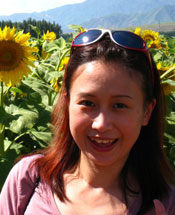 Michelle Lam is a registered Physiotherapist both in Hong Kong and Australia. She has obtained the Bachelor of Physiotherapy (Honors) in the University of Melbourne.

Being a private Physiotherapist, specializing in Sports Injury, her clients vary from professional athletes to amateurs. Yoga, in particular, is one of the most commonly injured fields that she found; yoga teachers are very prone to injuries due to fatigue, impatience and lack of understanding of their own bodies. Injuries range from muscle tear and ligament strain to bone fracture and joint dislocation. Having worked in the sports rehabilitation field for nearly 10 years, Michelle has developed a practical and unique approach in sports rehabilitation and exercise therapy.

Find out about Tuition fees 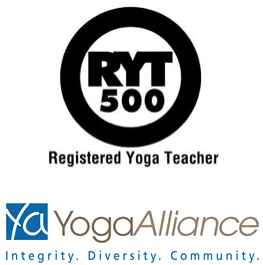